Many people, I’d say most, love the last shower of the year. Me, I prefer the first one. The one that washes off all the dirt and the grime of the past year and allows you to really start fresh. And boy do I start fresh this year. Erik had one of those nights where he woke up a few times an hour, almost throughout the night. Ironically he fell asleep at 11:45 and didn’t wake again until 2 AM. So he slept through the fireworks, like a champ. He’s seven months and needs his sleep more than he needs to see the firework display, I feel like. The display was massive, however. It reminded me of the one at the turn of the century, that was a massive ordeal. And so was last night. We had the best view in town, removed from the action but a full view of it all. It was beautiful, but I was too tired so I wished my tiny man a happy new year and kissed his foot and fell back asleep.

It wasn’t the NYE that I thought I was going to have but it’s way better than any ones before it. And to be honest I can’t wait until Erik is old enough to actually enjoy the fireworks and can partake in the celebrations. But for a first NYE he did swimmingly.

The morning started off with a bang too. We got up at about 8, we’d been awake for about an hour before then but I usually let Erik play about in bed for a while to allow myself to fully wake before we get up. So we took his diaper off and I carried him into the living room to air his little butt out a bit before putting a new diaper on, to avoid diaper rash and such. I left him on his towel with his toys and went into the kitchen to make me some breakfast, a sandwich and three cups of coffee that I pour into a bowl-sized cup. 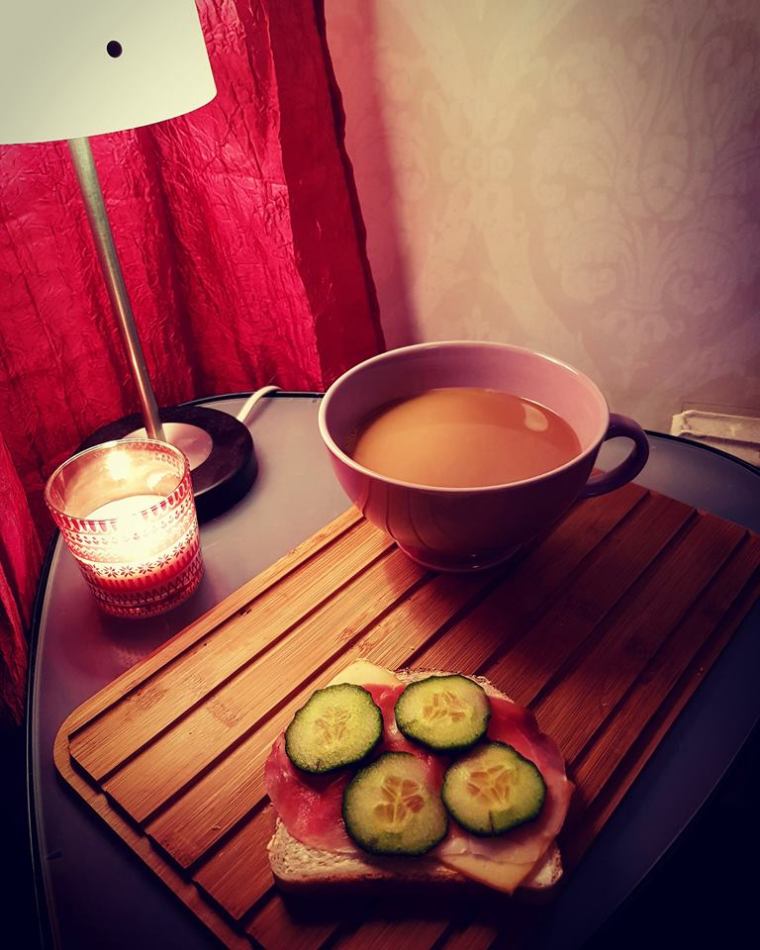 When I come back into the living room to check on him he has, true to his habit, pooped all over the towel then rolled around in it and was at the time in the process of crawling away from the scene of the crime. So I did what I always do, picked him up and ran into the shower. Showered off the worst, put him down on his little mat and drew him a bath. He splashed around in there while I washed him off and then it was off to dry and finish a bobo he had started before we had gotten up.

He’s a funny little man, completely unbothered by most occurrences. When he was semi-dressed we went back into the living room which I had cleaned up by now and he kept busy crawling about on the floor.

That is until he went for the heater – at which point I put him in his Jumperoo and went to take that wonderful first shower of the year. 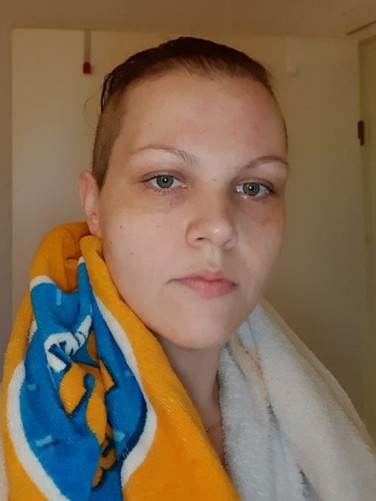 The first picture is straight out of the shower, the second one after I’ve moisturized and brushed the hair. The reason for these is to show how a lack of an after shower glow looks like. I shower too hot and get these red blotches all over my face, plus the after sweats. Not very charming but this new face routine is actually doing wonders for my face. It’s a full series with an eye gel, a serum and a day- and night cream. I’ve just started using it so I won’t be reviewing it quite yet, but so far so good.

Now I’m off to make Pudgy (Erik) his porridge for breakfast. I hope you all have had an absolutely amazing NYE and that the new year starts off with a bang for you too. Maybe not in the same way as mine has, but a bang of sorts anyway!